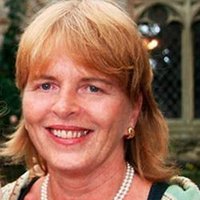 Kiki graduated in 1984 and has been working purely in paediatrics since 1989. She has worked with healthy as well as children with profound special needs over many years in hospital, community and private settings. She graduated with a B.Sc. in physiotherapy and a B.Sc. in physiology at the University of Cape Town (UCT), South Africa, in 1984. She completed a post-graduate diploma (equivalent to a M.Sc.) in the design of equipment for children with special needs in London in 1987.

Following her graduation, Kiki worked as a research physiotherapist in biomedical engineering at the UCT, and also in a private paediatric physiotherapy clinic in Johannesburg, South Africa. For a few years Kiki travelled between the UK and South Africa, before finally settling down in London in 1990. After 6 years of working as paediatric physiotherapist in the NHS, Kiki decided to become an independent practitioner and started the Kiki's Children's Clinic. Kiki is fully devoted to her practice and to her excellent and continually expanding team of therapists. She loves her work and believes strongly in early intervention. Kiki has considerable experience in neuro-developmental therapy (NDT Bobath) and has completed the Baby Bobath, Paediatric Bobath and Bobath Refresher course. Amongst others, she is also trained in Neumann-Neurode Postural Education, as well as in Prechtl's Early Infant Diagnosis.